Google’s premier cloud conference, Google Next, recently wrapped up on the west coast in San Francisco. In case you missed it, here are a few key takeaways from the event.

Google Cloud Platform (GCP) competes in the cloud space with Amazon (AWS) and Microsoft (Azure). They already have the infrastructure, much like Amazon, and Google’s market share is growing exponentially to try to compete with the market veteran Amazon. The cloud is changing every year, every month, every week and competition in the cloud space is good as it keeps costs down and spreads innovation.

Google revealed Anthos, which was the main event in the first day’s keynote. Anthos (Greek for flower) is the single application you can use to make sure you aren’t locked into a single cloud provider. While it sounds strange that you would use a Google service to connect to other cloud providers, that was the main talk of the town during Google Next.

This multi-cloud solution can allow large companies to minimize risk by spreading themselves across multiple cloud providers. They can place many small bets instead of going all-in. When Amazon S3 goes down they take out big-name sites like Quora. For smaller companies, they probably still want to choose a single cloud provider, but with Anthos maybe they won’t be as locked in as they think.

For developers, Kubernetes is still the main topic on everyone’s mind. Horizontal scalability is the promise to developers that we don’t have to wake up in the middle of the night when our servers go down due to lack of computer power or RAM or any other problem. The cloud and Kubernetes promises a managed service that can spin up new instances. There were many sessions that got into the nitty-gritty of real-life implementations and that, yet again, nothing is a silver bullet and there are ways to build foot guns even with the newest and greatest tools. Watch the session, Deploy Your Next Application to Google Kubernetes Engine.

Cloud tooling in containers has gotten way better recently. I recently made the switch to VSCode after using Sublime Text for 7 years. Kubernetes is a big topic and better tooling is going to make the barrier to entry easier. I saw a talk where they live-debugged a Kubernetes cluster in real time on a GCP Kubernetes cluster in Google Cloud. Contributions like this to the community will make the day to day grunt work for developers much better and decrease friction for bootstrapping microservices.

The showroom floor actually was really cool. Not only could you meet with the companies that make the tools that you use every day, but there were also “break out” talks set up around the venue. With the use of directional speakers, there were small talks with just a stage and a couple of rows of chairs. This allowed people on the trade-room floor to attend these small talks by just passing by. I was able to see a talk I did not even know I wanted to see on Parallel testing in Angular. It is this sort of serendipity that makes a conference like this a great place to learn something new. You are constantly being exposed to new ideas and technologies.

The best part was definitely the people. The conference felt very cosmopolitan – while walking I heard, French, German, Japanese, Spanish, Mandarin, and at least three other languages I couldn’t identify. Cosmopolitanism is what the internet promises. The internet gives everyone a way to be a citizen of the cosmos instead of just your city (cosmopolitan literally means “citizen of the cosmos”. While in line, or sitting waiting for a talk to start, or having lunch I met so many people. I met Googlers, product managers, consultants, marketers, and engineers. I met people from Tennessee, North Carolina, Tokyo, San Francisco, and Bismark, North Dakota. I even met people from my home city of Dallas. We never bumped into each other in Dallas, but we both met for the first time nearly 2000 miles away. All of these people had an interesting story to tell. We felt connected through technology and Google, but also just those normal human connections of travel, weather, music, and food. The best part of the conference was striking up a conversation in line for a talk “Deploy Your Next Application to Google Kubernetes Engine“. I learned that Tokyo is beautiful this time of year and that the cherry blossoms had just finished blooming around the beginning of the week. I was asked if Texans actually wear cowboy hats and spurs and I answered: “well, it is becoming rarer, but we have our normal hats and boots that we just wear on the weekend, and we have our nice hats and boots that we wear to funerals.”

There are a lot of new technologies on the horizon that are changing faster than humans can keep up. The promises of AI in the 70s are being realized faster than any person can keep up with Machine Learning on huge data sets. Technology is changing faster than laws and with GDPR and other changes around the corner, the internet will be changing as well. It will probably get more regulated and less free before it gets freer. We don’t know if all of this connectivity, real-time data, and huge data sets are going to be our salvation or our doom. We are all specializing more and more so that we can be a small part of something bigger, something global. It is conferences like these that humanize the internet. You get to meet the people that connect everything. We get to hack together in a little makerspace and share our battle stories and realize that even though we spend most of our days looking at screens, there are people out there working together to make the internet a better place. This is still the wild west of the internet, and we get to say we were here — with or without our cowboy hats. 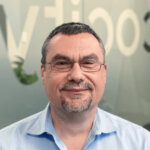 Remote Control: A Guide to the Effective Home Office, Part 1 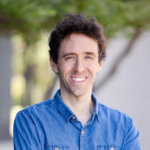 Remote work is one of the most hotly-debated topics in the workplace. At Precocity, we have a number of employees... 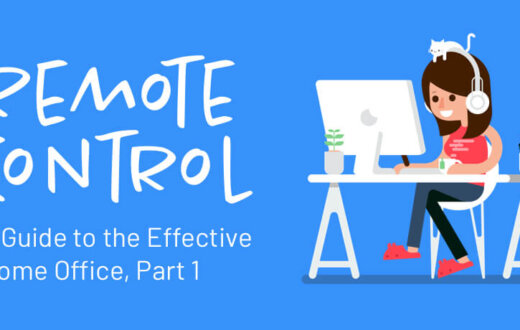 Internships at Precocity Part 3: What We Learned

My first thought when I met Ali and Yuriy was that quite a bit had changed since I was working... 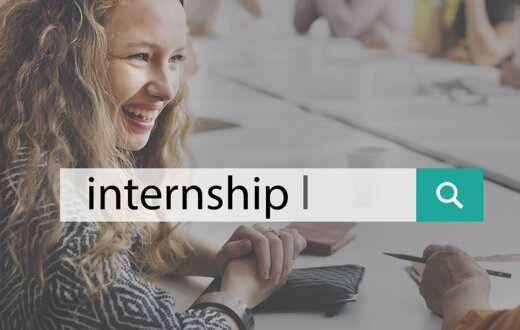